An Arbitrator with a checkered past

Hallstad displays all the attributes one might expect from the Adeptus Arbites. Tough and unrelenting, Tor’s square jaw and handsome features are offset by the marks from countless enforcement actions to include a bionic hand that replaced the one he lost during the workers’ riots on Pavonis.

Tor Hallstad is a decorated veteran of the Adeptus Arbites, and the man Darrius holds responsible for his Brother Godwinne’s death. Despite his zealous and often heavy handed enforcement of the Lex Imperialis, Darrius insists that Hallstad’s exemplary record is mere façade, a veneer of respectability that barely covers his greed and corruption.

After bringing technical evidence to light about the murder of his brother Godwinne, Darrius, received sanction to bring Tor Hallstad to justice, which he did with his brother’s own service pistol. 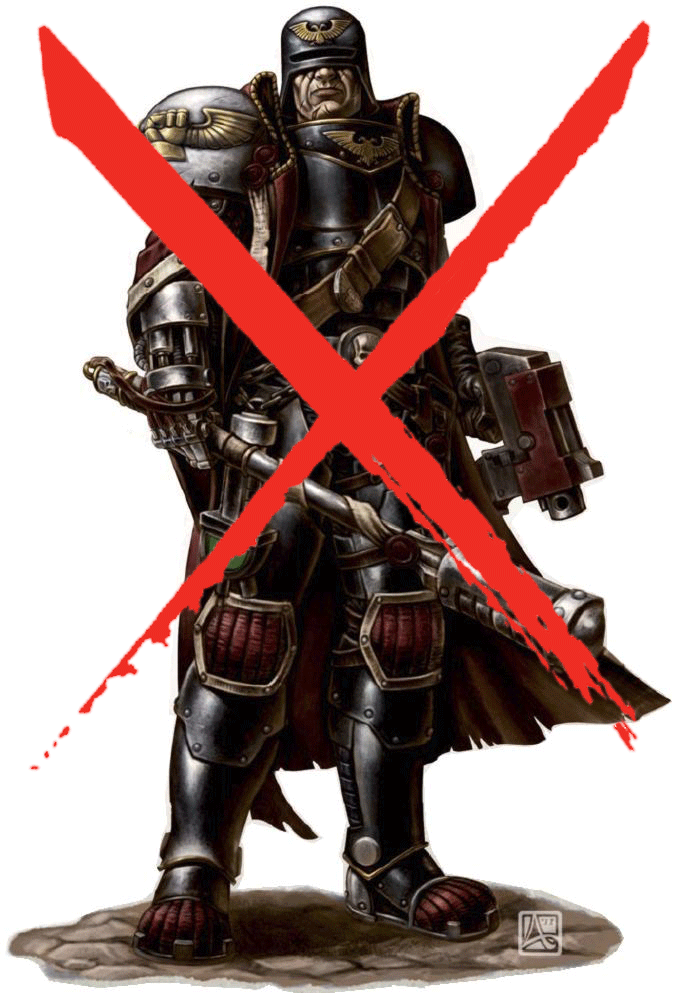